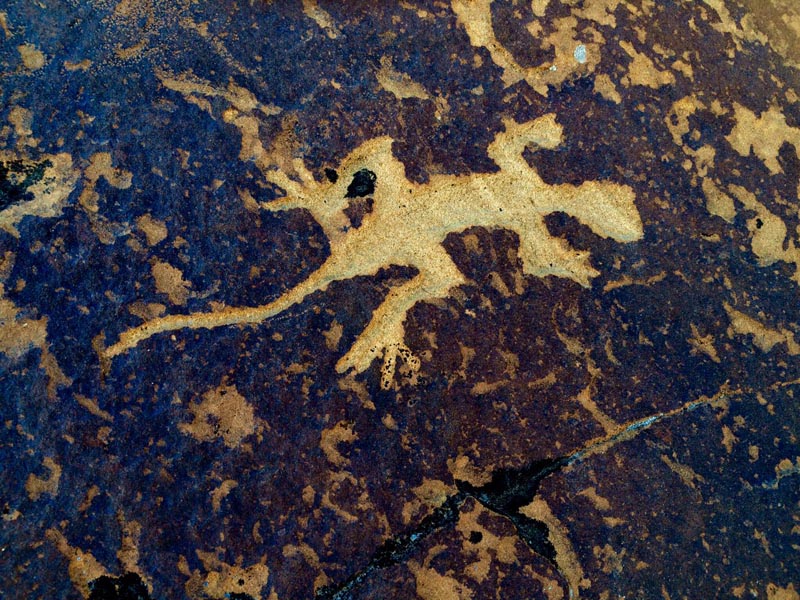 10,000 years ago and continuing for ten millennia, a great people lived in total peace in the 4 corners area of the desert southwest of the current United States. The archeological record of this civilization shows no history of warfare with others or violence upon their own people. They developed advanced architecture, agriculture and astronomy. They were prolific artists and established trade routes via an extensive road system connecting them with the Aztec and Myan cultures to the south. Their culture thrived until around 900 B.C.E., soon afterward, they simply disappeared, in some records it is stated that they just walked out of their settlements often leaving everything behind. There is no plausible explanation as to why or to where they went, many theories abound. After the ancient ancestors of the current Pueblo cultures, the Anasazi disappeared, the remnant tribes to the area, the Fremont tribes along with the descendants of the Navaho and the Pueblo tribes of the desert southwest eventually occupied the ancient Anasazi lands and settlements and developed a more aggressive culture.

To this day the Navaho and Pueblo
maintain a severe prejudice toward the other.

We have much to learn from “The Ancient Ones” which is the Pueblo translation of the word Anasazi.

Look at our civilization for instance, can you imagine 10,000 years of peace?

It has happened on this planet before.

The Anasazi hold the answer.

← For the Men
We are the sacred mountain →

All images, writing and digital media appearing on this site are copyright of Scott Lockhart and may not be reproduced without written permission.